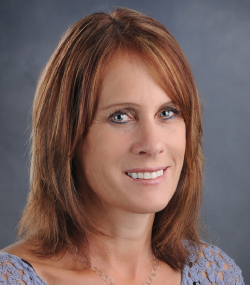 This email address is being protected from spambots. You need JavaScript enabled to view it.

My background is in education. I have a BS in Child Development and a multiple subject teaching credential from Cal Poly, San Luis Obispo. After teaching elementary school for 15 years, I took some time off to raise my 3 children. It was during that time I was trained as a birth and postpartum doula. While working with postpartum women, I developed a love of cooking and spent a lot of time researching healthy foods I could prepare women in order to best heal from childbirth and provide their baby with the best possible nourishment while breastfeeding. After finding the Weston A. Price Foundation, I decide to take my interest in nutrition to another level, and I found the Nutritional Therapy Association.

I have had a lifelong interest in nutrition and athletics. I am a avid cyclist, mt. biker and skier and desire the ability to continue these sports as I age. I have found that since “walking the talk” of whole food nutrition, I have more sustainable energy, think more clearly and sleep better. I am passionate about spreading the word that nutrient dense food is the guiding force of health and wellness and that pain and illness should not be considered a normal part of aging…….nutritional and lifestyle changes can and will change your health and outlook on life!

I spent the majority of my life on the Standard American Diet; I didn't know any better, like most Americans. If I was sick I went to the doctor. If it was recommended I take medication, I did. During my childhood we ate McDonalds, pizza, processed foods as well as whole foods my mom prepared. I was not breastfed nor did I receive colostrum when I was born.  I was an active, skinny child and never worried about my weight. I was fairly healthy as a child but frequently had Strep Throat and Tonsillitis during the flu season for which I was put on antibiotics. As an adult, my colds often turned to Bronchitis. Once again I was put on antibiotics. It was during my freshman year in college that I began to put on weight for the first time in my life. By the end of that year I was 25 pounds heavier and began to "diet." The 80's were to period of low fat diets.

I ate frankenfoods of all sorts: margarine, low fat yogurt, low fat milk, low fat frozen yogurt, salad with low fat salad dressing etc. I would lose a bit of weight, then gain it back. I was hungry all the time. My energy was low. I tried all kinds of different “diets” and joined Weight Watchers; nothing worked even though I continued to exercise. Once I finished college, I began to eat better. I was still on the SAD and eating low fat, but I was cooking and preparing whole foods as well, so my body responded and I lost 25 pounds over a period of time. Since that time, I have not experienced weight gain.

My health challenges continued however,  with the yearly flu or cold that turned to Bronchitis. Each time I took antibiotics, I found myself with a vaginal yeast infection. I had no idea why and since the doctor prescribed Monostat along with the antibiotic, I just accepted it. My yeast infections came and went even when I was not on antibiotics. I assumed this was just part of being a women. In January 2010, our family moved to a new home that had been gutted and remodeled. I spent most of that winter sick. I had a chronic cough, several rounds of Bronchitis and felt like a had a mild flu or cold for 5 months. I was given several rounds of antibiotics. Finally in May, I began to feel better. It was the next year that I began NTP school. There I learned about healing the gut and how antibiotics effect gut bacteria. I began to connect the dots and realized the home I had moved into had “sick building syndrome,” hence the reason I had suffered so many respiratory problems in addition to the antibiotics effecting my gut bacteria. I began my journey to heal my gut and vowed never to take another round of antibiotics again unless they were necessary to fight a bacterial infection that could harm me.

It’s now almost 2016 and I feel awesome. I have not had the flu or a cold that turned to Bronchitis since 2010. I eat a whole food diet, supplement, drink a lot of water, exercise regularly and did not suffer hot flashes, weight gain or moodiness while going through menopause. I healed myself with food and supplements and have a passion to help others do the same.